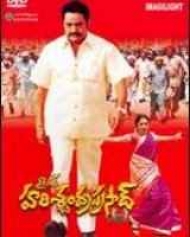 Action
Release Date : 18 Dec 2003
Cast : Nandamuri Harikrishna, Ramya Krishnan
Director : V.Samudra
Synopsis
Tiger Harishchandra Prasadis an Action based movie. In which, Tiger Harischandra Prasad is a noble man who preferred to remain as peasant in spite of his high educational qualifications. This film deals with how Tiger Harischandra Prasad identified the root causes of peasant's problems and cured them by speaking to the right people.
Peasant who produces the raw food for us is the least cared section by the government. The middlemen buy raw products from peasants at a very minimal price and sell it at higher level at big price. In the process, the middlemen and industrialists are making huge profits and the peasants are not even earning enough money to support their daily bread and butter needs.