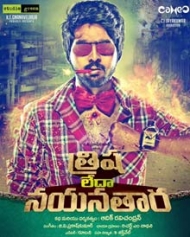 GV Prakash is one lucky chap as he shares his birthday with two girls, born in the same area. They all celebrate their birthday together and grow up in each other's company.

Eventually, GV Prakash falls in love with one of the girls, played by Anandhi. But thanks to GV Prakash's lecherous nature and his inability to keep his secrets within himself, Anandhi breaks up with him.

Following the break up, his attention turns toward the other girl,...