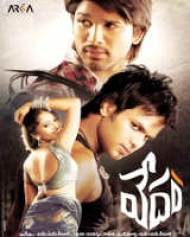 Manoj Bajpai and another old man do the other two important characters in the movie.