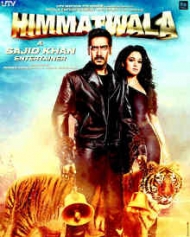 Himmatwala revolves around the story of a poor and wronged woman's son, who returns from the big city to avenge his father, a honest school teacher. Zarina Wahab will be acting as Ajay's mother in the movie.