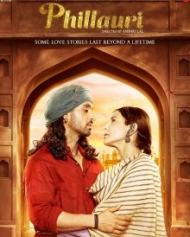 The film is set in the Phillaur district in Punjab, where a young man unwilling marries a tree to ward off any threats to his love life, by doing so he unknowingly unleashes the spirit of Shashi/Phillauri(a friendly ghost).

Things becomes more complicated, once the ghost starts to follow him.

The music for Phillauri is composed by Shashwat Sachdev &
Jasleen Royal, while the lyrics were penned by Anvita Dutt, Aditya Sharma, Shellee & Neeraj Rajawat. Overall, the movie has 8 songs with 33:54 min total length.

As per the latest reports, movie is all...