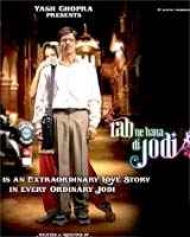 running motion picture in Indian cinema history. Indeed the jodi of Adi and SRK will once again be a treat for film audiences and the romantic confection of Rab Ne Bana Di Jodi looks set to capture hearts across the globe all over again.