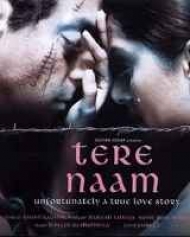 Romance
Release Date : 15 Aug 2003
Cast : Salman Khan, Bhumika Chawla
Director : Satish Kaushik
Synopsis
Tere Naam movie is about Radhey Mohan (Salman Khan), a rowdy ex-college boy who, after a ragging (hazing) session, loses his heart to first year student Nirjara (Bhoomika), a traditional Brahmin girl. Just when Nirjara reciprocates his love, Radhey is attacked by a gang of thugs, loses his mind and is admitted to an ashram where, it is hoped, the more traditional means of treatment could have a therapeutic effect on him.

Eventually he returns to normal, and rushes back to Nijaras house, only to find that she has committed suicide. After accepting this fact he returns to the ashram. In the end it shows Swamiji tending to nothing meaning that Radhey has been cured and has left the ashram fine except for the fact that he lost his love.