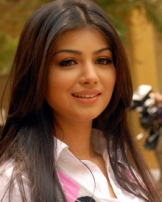 Ayesha Takia is an Indian former actress who appeared in Bollywood films. She made her film debut in Taarzan: The Wonder Car for which she won the Filmfare Best Debut Award in 2004. Her notable films also include Dor (2006), for which she won the Screen Award for Best Actress (Critics), and Wanted (2009).

Ayesha Takia's father Nishit is a Gujarati and her mother Faridah is half Maharashtrian and half Caucasian British.

Ayesha had never let her lack of speaking Hindi fluently come in her way. A go-getter, she is no stranger to the silver screen and has faced cameras even at the tender age of 4. Her continuity was what got her noticed and the makers of 'Socha Na Tha' approached her in 2004 to play the lead role opposite Dharmendra's nephew Abhay Deol which she accepted.

She also signed up for another film 'Tarzaan The Wonder Car' which proved to be her debut in Bollywood, as the release of 'Socha Na Tha' was delayed.

With 'Tarzaan The Wonder Car' Ayesha quickly made her mark in Bollywood and not only was noticed but also received an Award - The Best Filmfare Debut.

Thereafter, her films have fared poorly at the box office, although she scored highly with teen-aged audience in India and abroad, especially with her performance in 'Dil Maange More' and 'Shaadi No.1'.

She also appeared in a 2006 Telegu movie named 'Robbery', which was later dubbed into Hindi and released as 'Super'.

And then came Dor in which she played the role without any glamor, the film that brought a lot of praise and much need recognition for her. Here she has proved that she can enact both hip and glamorous roles in one hand and the more ordinary next door type girl roles with ease.

Ayesha was one of the most gorgeous and beautiful actresses much sought after by movie makers and a force to be reckoned with, especially for other leading ladies of Bollywood.