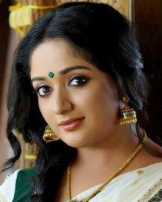 Kavya Madhavan is an Indian film actress who primarily works in the Malayalam and Tamil film industries. She is best known for her village belle avatar and the soulful characters in movies like Chandranudhikkunna Dikkil, Meesamadhavan, Perumazhakaalam and Gaddama.

Kavya Madhavan was born on September 19, 1984, in the village of Nileshwaram in Kasargod district, Kerala, India. Her father is P. Madhavan and mother Shyamala. She did her schooling at Nileswaram Rajas High School and entered the film industry as a child artist. She learned dancing during her school days and participated in many competitions and won prizes. She was a Kalathilakam in a Sub District School's Youth Festival.

She made her film debut as a child artist in the Kamal's film Pookalam Varavayi (1991). Her talent was soon recognized, and she was offered to take up other projects too as a child artist. But when she was in the ninth standard, she got an offer to play as the female lead in Lal Jose film Chandanudikkunna Dikkil, and that became a super-hit movie.

After her leading role, she became very popular in the Malayalam film industry and she was successful in winning a place for herself in people’s heart. Opportunities and success grew more as she grew up and she was signed for many Malayalam films. It has been claimed that she is the busiest female star in Malayalam who shares successful screen chemistry with several top actors.

She has also acted in a few Tamil films and Kasi was her first film in Tamil which became a successful film. But she seems a little hesitant accepting Tamil roles may be because of the skin revealing dresses demanded by the industry.