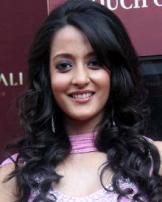 Raima Sen is an Indian film actress who primarily appears in Bengali films. Her performances have been acclaimed critically on more than one occasion.

She is the daughter of Moon Moon Sen and the grand daughter of legendary actress Suchitra Sen. Her sister, Riya Sen, is also in the Bollywood industry. Their father is Bharat Dev Burman, scion of the erstwhile royal family of Tripura state.

Her paternal grandmother Ila Devi, was the princess of Cooch Behar (in Bengal), whose younger sister Gayatri Devi was the Maharani of Jaipur.

Sen made her debut in the film Godmother, which was a critically acclaimed success, but her minor role may have been overlooked in favour of the protagonist, played by Shabana Azmi. She then starred in the film Daman playing Raveena Tandon's daughter, where her performance was appreciated.

Her breakthrough role came when she starred in the Rituparno Ghosh film Chokher Bali. She won much praise for her role as the simple, submissive Ashalata. After a few more average movies she had a critically acclaimed hit in 2005 with Parineeta, where she played the playmate of the film's heroine, essayed by the debutante Vidya Balan.

Since then she has had two more hits with the action thriller Dus and the Bengali film Antar Mahal (where she had a very small role). Then she appeared in the film The Bong Connection (co-starring Shayan Munshi). She has worked in many Tamil films and she is expected to do more South Indian films. She has yet, however, to play the leading role in any hit movie.

Raima's public profile and image is much lower key and more demure than that of her sister Riya who has been compared more to their mother. Raima is also said to resemble her grandmother much more than either her mother or her sister. Journalists who meet her describe her as easy to talk to, and devoid of starry airs.

In an interview, she says while she enjoys Mumbai's faster pace of life, its gyms and its nightclubs, she misses her family in Kolkata, her dog Cuddles, and Kolkata's street food, notably jhal muri and aloo chaat.