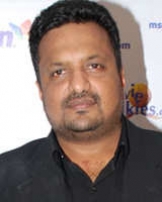 Sanjay Gupta's company White Feather Films is a White Feather in quest for flight ventured to soar the firmament of the largest film industry in the world in 2001. Sanjay Gupta, the raconteur, formed White Feather Films, to chart out hitherto unknown territories in the realm of Hindi cinema and redefine the concept of entertainment with élan, flourish and bravura. The combined passion to create 'out of the box cinema' resulted in the launch of this new film company.

In 2008, White Feather Films has a Red Feather. WFF launched White Feather Art-House Films deciding to produce films that pushed the envelope further, rich in content and meant for the discerning cine artist who craved for more than the regular Bollywood formula.

Donning his cap as a producer, Sanjay Gupta braved the odds to produce Pankh and The Great Indian Butterfly, two films that otherwise would never see light of day in mainstream markets.