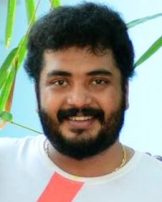 Vinu Mohan is a Malayalam actor who debuted in the award-winning movie Nivedhyam, directed by Late Lohithadas. He is also the grandson of late actor Kottarakkara Sreedharan Nair, son of actress Sobha Mohan and nephew of popular actor Sai Kumar.

He started his career with the movie Nivedhyam, in which he won the Asianet Best New Face Award in 2007. After this movie, he had some good hit movies. Interestingly, Sai Kumar was casted as the villain in the movie Cycle, where Vinu Mohan was the hero in 2009, and he acted alongside Mammootty in the movie Chattambinadu.