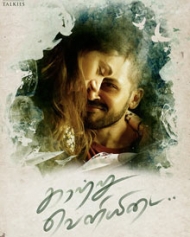 Kaatru Veliyidai (aka) Katru Veliyidai is a Tamil action - romantic movie direction by Mani Ratnam. The movie has Karthi and Aditi Rao Hydari in the lead role. The movie is being produced by Mani Ratnam, under his own banner 'Madras Talkies'. The film will be dubbed in Telugu language titled "Duet".
Story
Kaatru Veliyidai story is about the romance between an Air Force pilot and a doctor set against the backdrop of Kargil war. Varun ( Karthi ) is an Indian army pilot, who’s being held as prisoner in 1999 Kargil War. While in Rawalpindi jail, he recollects his love travel with Leela (Aditi rao Hydari).
Male egoistic attitude versus her mad love which demands an equal relationship between officer VC and Leela. Rest of the story narrated with flashback and in present day how he escapes from Pakistani prison.
Oscar winning Isai Puyal AR Rahman composes music for this movie, while Vairamuthu and Madhan Karky writes lyrics for the songs.
The first look of the most awaited film Kaatru Veliyidai was released on July 7th, 2016. Directed by Mani Ratnam, the film stars Aditi Rao Hydari and Karthi in the lead roles.
The movie has been in news ever since it was first announced and the first look has hit the right chord. On the first poster of the film, Aditi looks adorable caught in an embrace with south star Karthi. It's just a glimpse of what this Magnum opus will be bringing to the audience.
The first look of Kaatru Veliyidai was released on Jan 26, 2017 and the movie released on April 7, 2017.