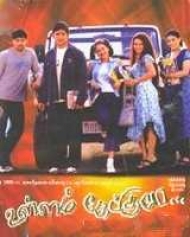 There begins the movie with a flashback, all recollecting their college days. In college, they spend all their time together.

Imman, a popular cricket player in the college falls in love with Irene, an Anglo-Indian. So does Shaam with Priya. However, Pooja, the geekish tomboy develops a soft corner for Shaam. When they go for a college culturals, each one tries to convey his love for the other. However Priya refuses to accept Shaam's love while Pooja, coming to know of Shaam's interest in Priya, conceals her desire.

When Imman gets dropped from the college cricket...