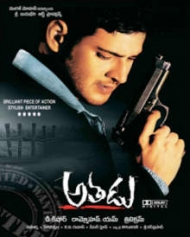 Mahesh Babu and Trisha Krishnan are played the main lead roles along with Sonu Sood, Kota Srinivasa Rao, Sayaji Shinde, Nassar, Prakash Raj and many others are seen in supporting roles in this movie.

Nandu (Mahesh Babu), an orphan, is a top-notch professional killer in town. He maneuvers his operations with the help of his buddy (Sonu Sood). In one such operation, he falls into the eyes of the cops.

While fleeing from the crime scene, he unintentionally becomes the cause for the death of a stranger called Pardhoo (Rajiv Kanakala), a run-away youngster who...