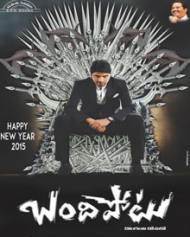 The film is produced by Aryan Rajesh on EVV Cinema banner and is titled based on the N. T. Rama Rao's 1968 film of the same name. Kalyani Koduri composed the music while P.G. Vinda and Dharmendra Kakarala handled the cinematography and editing of the movie respectively.