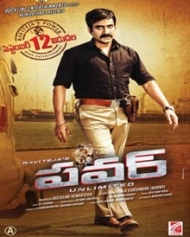 ACP Baldev (Ravi Teja) is a honest and sincere police officer at Kali ghat Kolkata. Baldev married to Vaishnavi (Regina Cassandra) and his brother Mukesh Rushi is the home minister.

Tirupathi (Another Ravi Teja) is a care free guy who staying with his brother-in-law Brahmanandam at Hyderabad. He falls in love with Nirupama (Hansika Motwani), who is an astrologer...