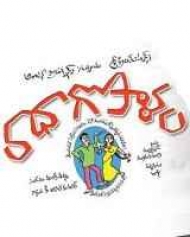 U/A | Drama
Release Date : 23 Feb 2005
Cast : Srikanth, Sneha Prasanna
Director : Bapu
Synopsis
Radha Gopalam movie revolves around the marital problems that crop up between husband and wife.  The issues are ego based and so the film has been dealt sensitively. Ego is actually a twin-edged knife. It can make or unmake a person. Marriage, which, in a sense, is a kind of ego trip, can also do the same.
In the case of Gopalam (Srikanth) it almost pierces through his entire being. The ego becomes bigger than him after marriage that he cannot see anything else in life.

Gopalam, a lawyer by profession, falls in love with Radha (Sneha). She being a judge's daughter is also a lawyer in the making. It is Gopalam who helps Radha become a lawyer.

But post marriage, the husband is not so sure of himself. As it happens, they end up as rival lawyers in a...