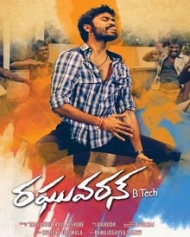 The film is reportedly a "Message to youth's with some comedy on rising unemployment and the growing frustration for jobs with Love", while Dhanush (Raghuvaran) plays the central character, civil engineering graduate who is still on the lookout for a job while his younger brother is already working and earning well.

Samuthirakani and Saranya Ponvannan play Dhanush’s parents. He wants to work only in the field he studied for Civil Engineering. Finally get he gets job in his feild,...