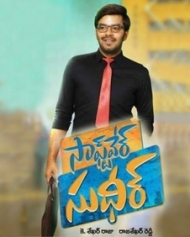 Chandu (Sudigali Sudheer) is a software engineer who is ready to get married to his love interest. But Sudheer comes to know that he may get killed at any time from his horoscope by Swamiji by that time Chandu gets involved in a 1000cr scam featuring a minister. How Chandu solved all these problems forms the rest of the story.