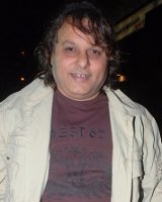 Anil Sharma is an Indian film director and producer.

He made his directional debut with Shradhanjali with Raakhee Gulzar. He had directed several unsuccessful and insignificant films and started also to produce films with Elaan-E-Jung (1989) which was also directed by him.

During the 90s, he directed films like Farishtay (1991) and Maharaja (1998), and produced two films. Despite working with very well known artists like Dharmendra, Sridevi, Akshay Kumar, Karisma Kapoor, Govinda, Manisha Koirala and others, apart from the successful Suhaag in 1994, he did not achieve either box-office success, or critical acclaim.

In 2001, his years in the industry paid off, as he directed the film Gadar: Ek Prem Katha starring Sunny Deol and Amisha Patel. The film was a huge commercial success, and critically appreciated as well. Sharma received his first award nominations for Best Director and Best Film in different award ceremonies. At the box office, the film was the biggest hit of that year, as well as the biggest hit of the 2000s so far.

In that same year, he produced the film Aashiq, directed by Indra Kumar, starring Karisma Kapoor and Bobby Deol. The movie failed to do well at the box office.

In 2003, Sharma tried to repeat the success of Gadar, and collaborated once again with Sunny Deol in the film The Hero: Love Story of a Spy starring Preity Zinta and then a newcomer Priyanka Chopra. The film is considered to be the most expensive film ever made in Bollywood with the biggest film budget ever.The film went on to be the third highest grosser of the year. However, it did not cover its high costs and flopped.

In 2004, he produced a romantic thriller - Madhoshi (2004) with John Abraham and Bipasha Basu, which went unnoticed. He also directed and produced the War film Ab Tumhare Hawale Watan Saathiyo starring Amitabh Bachchan and Akshay Kumar. The year was not a good year for him, as both the films failed.