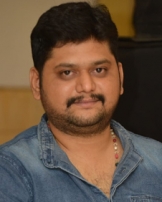 B. Ajaneesh Loknath is an Indian composer who works predominantly in Kannada cinema. Ajaneesh composed the music in Ulidavaru Kandanthe and background score for RangiTaranga.

He has sung in Ulidavaru Kandanthe. He is now doing films of Shivrajkumar, Ramesh Aravind, Ganesh. Ajaneesh also judged few music contests. He got his film album Ulidavaru Kandante nominated for eight fields in the Radio Mirchi Music Awards South 2015, and also has got his film Rangitaranga's background score nominated for an Oscar. He is now one amoung the succesfull music directors in Kannada industry.