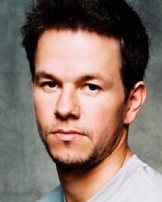 Wahlberg was born in the Dorchester neighborhood of Boston, Massachusetts. The youngest of nine children, with siblings Arthur, Jim, Paul, Robert, Tracey, Michelle, Debbie (died in 2003 at age 44), and Donnie. He is of Irish, English, Swedish, and French Canadian ancestry. His mother, Alma Elaine (née Donnelly), was a bank clerk and nurse's aide, and his father, Donald Edward Wahlberg, was a Teamster who worked as a delivery driver. His parents divorced in 1982. Wahlberg had a Roman Catholic upbringing and attended Copley Square High School (but never graduated) on Newbury Street in Boston.

Wahlberg claims to have been in trouble 20–25 times with the Boston Police Department as a youth. By the age of 13, Wahlberg had developed an addiction to cocaine and other substances. At 15, he harassed a group of African-American school children on a field trip by throwing rocks (causing injuries) and shouting racial epithets.

When he was 16, Wahlberg approached a middle-aged Vietnamese man on the street and, using a large wooden stick, knocked him unconscious (while calling him "Vietnam fucking shit"), he also attacked another Vietnamese man, leaving him permanently blind in one eye, and attacked a security guard (again using racist language).

For these crimes, Wahlberg was charged with attempted murder, pleaded guilty to assault, and was sentenced to two years in jail at Boston's Deer Island House of Correction, of which he served 45 days. In another incident, the 21-year-old Wahlberg fractured the jaw of a neighbor in an unprovoked attack.

After landing in prison following this assault, he decided to change his ways. Wahlberg first relied on the guidance of his parish priest to turn his back on crime. He told his street gang that he was leaving them and had "some serious fights" with them over it.

Wahlberg first came to fame as the younger brother of Donnie Wahlberg of the successful 1980s and 1990s boy band New Kids on the Block. Mark, at age thirteen, had been one of the group's original members, along with Donnie, Danny Wood, Jordan Knight, and Jonathan Knight. Uninterested in the group's bubblegum pop and squeaky-clean image, however, he soon quit. It was his departure that eventually allowed Joe McIntyre to take his place as the fifth member of the group.

Wahlberg began recording as Marky Mark and the Funky Bunch, earning a hit with "Good Vibrations" from the album Music for the People. The record was produced by brother Donnie and later hit #1 on The Billboard Hot 100, later becoming certified as a Platinum single. The second single, "Wildside," peaked at #5 on Billboards Hot Singles Sales chart and at #10 on The Billboard Hot 100.

It was certified as a Gold single. Marky Mark opened for the New Kids on the Block during their last tour. The second Marky Mark LP, You Are Something Special, was not as successful as the prior, yielding only a minor hit single in the title track. Wahlberg later collaborated with reggae / ragga singer Prince Ital Joe.

The project combined rap and ragga vocals with strong eurodance music (as in the singles Happy People, United, Life in the Streets, and Babylon) courtesy of Frank Peterson and Alex Christensen as producers.

He briefly became embroiled in controversy when he appeared to endorse the homophobic comments made by Shabba Ranks when they appeared as guests on the British chat show The Word. When Ranks made the statement that "gays ought to be crucified", Wahlberg remained in silence at his comments, which made the public believe he agreed with them. He later publicly dissociated himself from Ranks'

Wahlberg was known for his impressive physique. He first displayed it in the Good Vibrations music video and most prominently in a series of underwear ads for Calvin Klein shot by Herb Ritts, following it with Calvin Klein television ads. Magazine and television promotions would sometimes feature Mark exclusively or accompanied by model Kate Moss.

Annie Leibovitz also shot a famous session of Mark Wahlberg in underwear for Vanity Fair's annual Hall of Fame issue. He also made a workout video titled The Marky Mark Workout: Form... Focus... Fitness. Although Wahlberg made several sexual references in the video, it was passed as exempt from classification because he was able to disguise them with hip hop slang.

Notably, he says to a female participant before doing an exercise, "If I get diesel (muscular), maybe I'll get some skins" (a reference to the labia). He also says "I can't get no coochie (a reference to a woman's vagina) without no Gucci", which was a phrase that Mark heard from a toilet attendant during his visit to London.

Wahlberg then began an acting career, making his debut in the 1993 TV movie The Substitute. His big screen debut came the next year, with the Danny DeVito feature Renaissance Man. A basketball fanatic, he caught the attention of critics after appearing in The Basketball Diaries in 1995, playing the role of Mickey alongside Leonardo DiCaprio, in a film adaptation of the Jim Carroll book of the same name. He also starred in the 1996 James Foley thriller Fear.

He has earned many positive reviews after successful movies like Boogie Nights as Dirk Diggler, Three Kings, The Perfect Storm, The Italian Job, and Four Brothers. His performance in I ? Huckabees was voted best supporting performance of the year in the 2004 Village Voice Critics Poll.

Wahlberg was originally cast as Linus Caldwell in Ocean's Eleven; Matt Damon played the role instead. The two later worked together in The Departed. Wahlberg was also considered for a role in the film Brokeback Mountain. It was originally intended to star him and Joaquin Phoenix, but Wahlberg was uncomfortable with the film's sex scenes and his role ultimately went to Jake Gyllenhaal.

Wahlberg starred in the American football drama, Invincible, based on the true story of bartender Vince Papale. He is also the executive producer of the HBO series Entourage which is loosely based on his experiences in Hollywood. He also appeared as a foul-mouthed Massachusetts State Police detective in Martin Scorsese's critically acclaimed thriller, The Departed in 2006, which netted him an Academy Award nomination for Best Supporting Actor, a Golden Globe nomination for Best Performance by an Actor in a Supporting Role in a Motion Picture, and an NSFC Best Supporting Actor award.

Wahlberg has confirmed that he was approached to star in a sequel to The Departed, but it is still early in development. The sequel would reportedly revolve around the Staff Sergeant played by Wahlberg.

To prepare for his role in Shooter, Wahlberg attended long-range shooting training at Front Sight Firearms Training Institute near Pahrump, Nevada, and was able to hit a target at 2000 yards on his first day, a feat which took his instructor about six months to achieve. He has said in a number of interviews that he will retire at the age of 40 to concentrate on parenthood and professional golf.

However, in early 2007, he indicated that the latter was no longer the plan, as "his golf game is horrible". He played Jack Salmon, a leading role in Peter Jackson's film of The Lovely Bones. In 2007, he starred opposite Joaquin Phoenix in We Own the Night, a movie about a family of police officers in New York City. The movie also starred Robert Duvall and Eva Mendes.

Wahlberg played the drug kingpin Jon Roberts in the remake of the 2006 documentary Cocaine Cowboys, which chronicles the story of the largest cocaine trafficker in Miami in the 1970s and 1980s, and he persuaded Leonardo DiCaprio to play the supporting role.

He starred in M. Night Shyamalan's The Happening as Eliot Moore, which premiered in movie theatres on June 13, 2008. The same year, he played the title role in Max Payne, based on a video game of the same name. While promoting Max Payne, Mark became involved in a feud with Saturday Night Live's Andy Samberg and threatened to "crack that big (bleep)ing nose of his."

Marky Mark and the Funky Bunch had their own video game in the Marky Mark: Make My Video game series on the Sega Mega-CD. Using various effects, the player is supposed to produce new versions of the videos to Marky Mark songs like "Good Vibrations" and "I Need Money". PC World.ca listed it as the eighth worst video game of all time.

Wahlberg played the titular character in the Max Payne film based on the popular video games. Even though he was playing the character in the film, he stated that he was not going to play the games.

Wahlberg is a committed Catholic who attends daily Mass, credits his faith and a priest from his childhood for helping him turn his life around, and recognizes the seriousness of his faith. He dated actresses Jordana Brewster and China Chow, his co-star in the film The Big Hit. Wahlberg and model Rhea Durham have been together since 2001 and got married on August 1, 2009, at the Good Shepherd Catholic Church in Beverly Hills. The couple have four children, Ella Rae (born September 2, 2003), Michael Robert (born March 21, 2006), Brendan Joseph (born September 16, 2008) and Grace Margaret (born January 11, 2010).

It was revealed on his E! True Hollywood Story that Wahlberg dated actress Reese Witherspoon during and after the making of their 1996 film Fear.

Actively involved in charity, Wahlberg established the Mark Wahlberg Youth Foundation in May 2001 for the purpose of raising and distributing funds to youth service and enrichment programs.

Wahlberg has four tattoos done by various artists, including Paul Timman. The tattoos include Sylvester the cat with Tweety in his mouth on his ankle, a tattoo of his initials MW with Wahlberg through them on his upper right arm, and a Bob Marley tattoo with "One Love" on his upper left arm. The final tattoo, which Wahlberg holds as his most meaningful, is the rosary tattoed around his neck, with a crucifix and the words "In God I Trust" resting over his heart.

His father, a US Army veteran of the Korean War, died on Saint Valentine's Day, February 14, 2008.