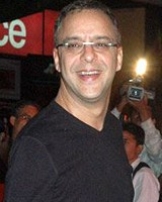 Vidhu Vinod Chopra is an Indian director and producer. He is considered to be one of the most talented and pathbreaking Indian filmmakers. He is also the head of Vinod Chopra Productions. He is particularly known for producing the Munna Bhai films.

Vidhu Vinod Chopra was born and brought up in Srinagar, Kashmir, India. He studied direction at the Film and Television Institute of India.

This was followed by a short documentary highlighting the plight of India's destitute children called An Encounter with Faces, which was nominated for an Academy Award in the short, non-fiction film category in 1979.

His first feature film, shot in black-&-white, was Sazaa-E-Maut (Death Penalty) - an edge of the seat thriller made on a shoe-string budget with then unknown actor Naseeruddin Shah and editor Renu Saluja, who were his fellow students at FTII, Pune.

Chopra has since then been involved with a number of critically acclaimed films including Parinda, 1942: A Love Story, Mission Kashmir, the Munna Bhai series, Parineeta and the recently released film, Eklavya: The Royal Guard.

Chopra is married to writer Anupama Chopra and is presently a resident of the United States. Chopra is the half-brother of Ramanand Sagar of Ramayana Fame.