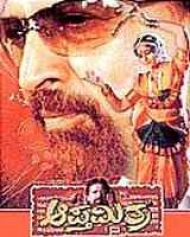 Vishnuvardhan, Ramesh Aravind, Soundarya and Prema are played the main lead roles along with Avinash, Dwarakish, Satyajit are seen in supporting roles in this movie.

Ramesh (Ramesh), an engineer buys the palace. Everyone believes that the spirit of Nagavalli, a dancer is captivated in a room of that palace. Ganga (Soundarya) she opens the locked room with the help of Soumya (Prema). Then start the troubles. Vijay (Vishnuvardhan) who came to Ramesh house for holidays. Finally All of them come to know about the...