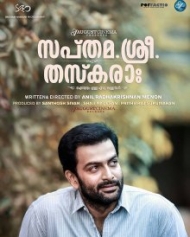 The movie essay's the story of seven thieves with Prithviraj as their lead. Reports say that, movie would be similar to the super hit Hollywood movie Ocean’s Eleven. According to the director, "it will be a satire that will bring to the limelight a lot of things in the society we turn blind eyes to, or don’t pay attention to".