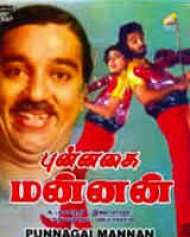 The film opens with lead actor Kamal Hassan and his love interest Rekha,attempting suicide from a cliff. In this attempt, Rekha is killed but Kamal survives the fall. It is later revealed that the attempt was because of the obstacles in their love life placed by Rekha's father.

At this point, Kamal is advised by his uncle (also played by Kamal) that suicide is escapist, and a sign of weakness. Kamal agrees and gets on with his life. He takes up a job as a dance teacher at a school run by actress Srividya.

At the school, he meets a Sinhalese student played by Revathi. Revathi falls in love with Kamal, who is unable...