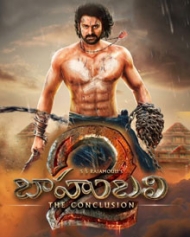 Baahubali The Conclusion is the sequel to the 2015 indian bilingual film Baahubali: The Beginning. This film is directed by S.S.Rajamouli and features an ensemble cast of Prabhas, Rana, Tamannaah and Anushka Shetty in the lead roles.

As Baahubali-the beginning ends with the betrayal of Kattappa to Amarendra Baahubali, it is now being predicted that Sivagami orders Kattappa to Kill Baahubali since he married Devasena without her consent.

After Baahubali's love and marriage with Devasena, differences between...