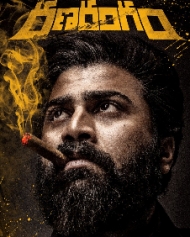 Deva (Shwarwanand) is an unemployed youth who was initially working as a black movie ticket seller in his hometown, with his friends. Later, he ventures into alcohol smuggling, by taking advantage of the liquor prohibition law. Meanwhile, he falls in love Geetha (Kalyani Priyadarshan). However, Deva's animosity with an MLA (Murali Sharma) turns his life upside down. After a series of events, Deva shifts his base to Spain and emerges as a powerful don.