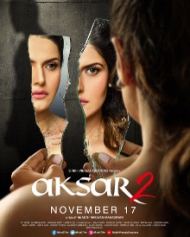 Aksar 2 is a sequel to the 2006 film Aksar. The movie is all about the plans of a husband to break his marriage, so that he can live a happy life with another woman. The consequences and backfires faced by him form the plot of Aksar 2.

As per the director Ananth Mahadevan, Aksar 2 is an old-fashioned suspense drama.