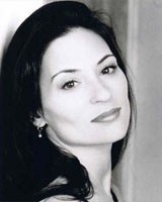 
Judith M. Aronson is an American actress who has starred in many films and a television show. The television series in which she starred, was the short lived Pursuit of Happiness as Sara Duncan from 1987-1988.

Aronson was born in Los Angeles, California. Her first film role was in the 1984 horror film Friday the 13th: The Final Chapter as Samantha. In 1985, she starred in the hit comedy movie Weird Science as Hilly and in the action movie American Ninja. Her most recent movie is in the 2005 film Kiss Kiss, Bang Bang. Aronson has also made many guest appearances on television shows, including The Powers of Matthew Star, Simon & Simon, Beverly Hills 90210, Las Vegas, and Law & Order: Criminal Intent.

Judie also made an appearance in the 1990 music video, (Can't Live Without Your) Love and Affection by Nelson.

The death of her character in Friday the 13th: The Final Chapter was filmed on a cold December night. It was so cold out in the middle of the lake that the nude Aronson started crying. Ironically, Judie's savior was Jason Voorhees himself—or rather, the stuntman who played him, Ted White. Outraged, White demanded that director Joseph Zito let the actress get warm or he'd quit; Zito, not having the time or money to find another stuntman big enough to play Jason, agreed. Still, Judie developed hypothermia filming the scene.