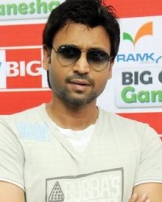 Sumanth studied at the Hyderabad Public School until he was 17 years old, completing his Plus Two examination. After that, he went to the US, where he enrolled for an engineering course at the University of Michigan. He later realized it did not match his career ambitions and shifted to art and directing. Sumanth received an undergraduate degree in Direction and Screen writing from Columbia in Chicago, IL.

Sumanth started his career in Tollywood in 1999 with Ram Gopal Varma's Prema Katha. The film was a disaster. His next two films Yuvakudu and Snehamante Idera also did not fare well either at the box office. However in 2003, he delivered his first hit, Sathyam, co-starring Genelia D'Souza.

In 2004, he acted in another hit film, Gowri. The year 2005 did not prove to be lucky for Sumanth, as he starred in flop films like Dhana 51 and Mahanandi. However in 2006, Sumanth played the male lead in Sekhar Kammula's Godavari, which is, so far, the biggest commercial and critically acclaimed film in Sumanth's career.

Godavari gave a face lift to the motley troop that etched them on to the Telugu film field. Dialogues were splendid, coming straight from the director Sekhar Kammula. Though there were similarities to the director's previous film Anand, this was a unique artwork, highlighting the synergy of river backdrops, dialogues, cameras, and actors.

In 2006, Sumanth had another release, Chinnodu, co-starring Charmi Kaur, who was cast opposite Sumanth in Gowri. Chinnodu turned out to be an average grosser at the box office. His most recent film was Madhumasam and Classmates. Madhumasam is proven to be successful at the box office, whereas Classmates did not do so well.

In August 2004, he married Keerthi Reddy, a Telugu actress. However in 2005, they registered for a divorce.