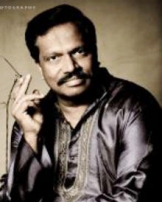 T. S. Nagabharana is an Indian filmmaker, known in the Kannada Film Industry. He is the recipient of international, national, state and other awards for 20 of his 30 Kannada movies in the last 26 years. He is a degree holder in Science and Law.He is also selected as the Chairman of Karnataka Chalanachitra Academy, Bangalore ( Govt. of Karnataka )(State Film Academy) .

Career:
Nagabharana was interested in film making since his college days, he acted and directed many stage plays. He received a gold medal from Government of India for his achievement in theatre. He is the founder of a theatre organization called "Benaka"

Achievements:
Nagabharana is one of the few Indian directors who won 8 National awards and 14 State awards . He also proved his mettle in mainstream commercial cinema by directing blockbusters like Janumada Jodi, Nagamandala, Chinnari Mutta. His movie Nagamandala was screened in International Film Festival of India in 1998. He also directed 3 children's film which got International recognition, his movie Naaviddeve Echharike won the State Award and also screened in International Children's Film Festival. Most of his movies are rich in cultural heritage of India and her folklore, concern for children and women. Three of his films won the best Film on National Integration, and he is the only director in India to do so. He also directed handful of TV serials like Sankranthi, Mussanje, Gelati, and Namma Nammalli, to name a few.
His movie Singaaravva was shown at the 2003 Karlovy Vary Film Festival as part of the "Another View" program