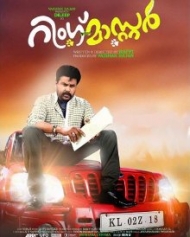 Ring Master is a Comedy mo‪vie, in which Dileep, Honey Rose and Keerthi Menaka plays the lead roles.

Prince(Dileep) is an animal trainer in Circus, who loves animals very much because he was brought up among them. Prince is very much attached towards a dog named Diana in circus company.

Once Diana(Dog) got a chance to act in a film, Prince also joins with her with the hope of geeting some chance to act. But all his calculations turns wrong, because the heroine in the film too has the same name Diana(Honey Rose), which creates confusion whether who is being called (heroine or dog) in...