Jasmin Bhasin is gearing up to be a part of the special edition of Colors' popular stunt-based reality show, Khatron Ke Khiladi Made In India. The Naagin 4 actress opened up about her decision to participate in the show among other things in an interview with TOI.

Jasmin said, “I took up Khatron Ke Khiladi again because when I did it for the first time (Argentina), it changed me as a person. I have always said that whenever I get a chance again, I will definitely do it again. I am lucky to get a second chance.”

On being quizzed about her decision to resume working amid the ongoing COVID-19 crisis, the actress stated, "Yes, I was a bit apprehensive. But knowing the channel and the production house for quite some time now, I know that they will take care of us. And I feel if the virus has to affect me, it can come anywhere. So why not start working again? It is the place that makes me the happiest. The only thing I have missed is my work. I have missed my work a lot and eagerly wanted the virus to go away just so we can start our work. I am the happiest at my workplace, that is my lockdown realisation. But yes I am very very alert and responsible not only for me for others as well. I am taking my responsibility seriously.”

Jasmin finally concluded by speaking about comedienne Bharti Singh and the effect she’s had on her after having worked together in a recent comedy show. "The experience of working with Bharti is awesome. This was the first time I’ve done a fictional comedy. Doing gags with her team was high and I thoroughly enjoyed it. I would definitely try doing more comedy now,” she said. 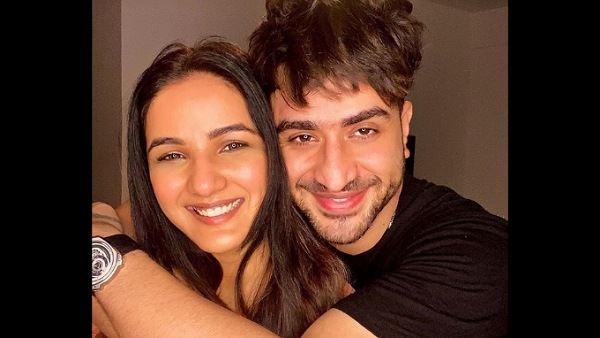 ALSO READ: Aly Goni Clarifies Jasmin Bhasin Is His 'Best Friend’; Says He Is Waiting For A Special Someone