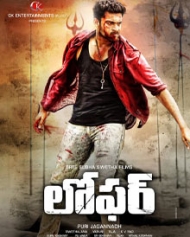 Loafer movie is a action entertainer with mother sentiment backdrop written and directed by Puri Jagannadh. In which, Varun Tej and Disha Patani will playing the main lead role along with Revathi playing Varun's mother role in this movie.

The story revolves around a mother (Revathi) and a son (Varun Tej), who gets separated because of a greedy and selfish father (Posani) . Due to a poor upbringing, hero grows up to be a loafer, just like his dad, thinking his mother is dead.

What happens when he finds out that his mother is alive and know the reality of his father? Will Revathi accept her son, who is now almost like her venal husband? This forms the rest of the...