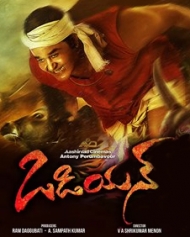 U | Fantasy Thriller
Release Date : 14 Dec 2018
Cast : Mohanlal, Manju Warrier
Director : V A Shrikumar Menon
Synopsis
Odiyan movie is a dubbed version of Malayalam movie Odiyan and it is a fantasy-thriller, which has been directed by debutant V A Shrikumar Menon. The movie stars Mohanlal in the lead role, alongside Prakash Raj, Manju Warrier, Innocent, Siddique, etc.

The movie chronicles the life of Odiyans, who were mentioned in the folk songs. They have the ability to transfigure into any animal with their sorcery power.

The music for Odiyan is composed by M Jayachandran and the background score is done by Sam C S.