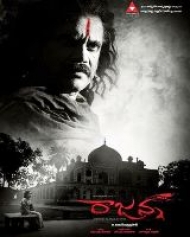 U/A | Drama
Release Date : 22 Dec 2011
Cast : Nagarjuna Akkineni, Sneha Prasanna
Director : Vijayendra Prasad
Synopsis
Rajanna is a periodic drama based on the life story of Suddala Hanumanthu, one of the leaders of Telangana Rebellion. Nagarjuna is playing the lead role as Rajanna in this film and it narrates the story of a 10 year old girl named Mallamma (Baby Annie), who seeks inspiration from her father’s life to fight the atrocities of the feudal landlords in her village. Shweta Menon is playing lady villain.

Vijayendra Prasad has directed the film. M M Keeravani has composed the music and SS Rajamouli has choreographed the action sequences and climax episodes of the film.