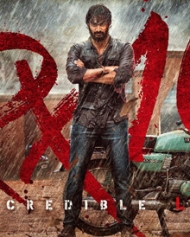 RX 100 movie is a romantic realistic action written and directed by Ajay Bhupathi and produced by Ashok Reddy Gummakonda while Chaitan Bharadwaj scored music for this movie.

Kartikeya Gummakonda and Payal Rajput are played the main roles along with Rao Ramesh and Ramki are seen in important roles in this movie.

A rustic, fierce and an angry young man, Shiva (Karthikeya), rides an RX 100, smokes Ganja and beats up the folks of his village. He is shown like this to establish his strong characterization of 'don't care master' who eventually falls for Indhu (Payal Rajput), daughter of a wealthy politician and village head, Vishwanath (Rao Ramesh).

Indhu is more attracted to the body of Shiva while Shiva is seen to be divine with his love...