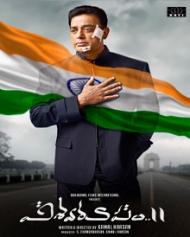 As indicated in the prequel, the film will be set in India. Kamal has earlier indicated that the second part will be laced with a strong mother-son sentiment. He stated that 40% of the film was shot during the making of part one.