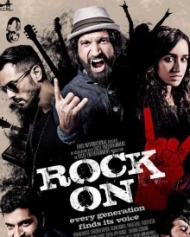 The film stars Arjun Rampal, Farhan Akhtar, Prachi Desai, Purab Kohli, who were also seen in the prequel of the film. It also stars Shraddha Kapoor, who is new to the franchise.

The movie is all set to hit the big screens on November 11.  It is the first ever sequel of a musical in Bollywood.