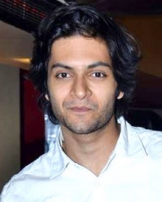 Ali Fazal is an Indian actor who appears in Bollywood movies and on stage.

He started hid career by making appearances in television commercials including: Pizza Hut, Union Bank of India, LG, Slice and Micromax Mobile. While attending one of Fazal's on stage performances, Film director Rajkumar Hirani noted that Ali was a strong candidate for an upcoming role in the Bollywood super-hit 3 Idiots.