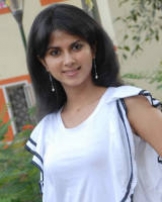 Daisy Bopanna is an Indian actress in Bollywood and Kannada films. She also has acted in Tamil, Telugu and Malayalam language films. She has worked with actors like Kamal Hassan in Rama Shama Bama, Upendra in Aishwarya, Mammootty in Prajapathi and Akshay Kumar in Garam Masala.

Daisy Bopanna's family hails from Coorg/Kodagu, known as Kodavas/Coorgis. Born on 4 December 1980, Daisy did her schooling from Aurobindo School, pre-university at Kumarans College and graduated with a Bachelor of Fine Arts degree from Chitrakala Parishat [C.K.P] in Bangalore, Karnataka.

Being academically proficient and coming from an intellectual and highly educated family, Daisy was interested in pursuing a career in advertising as a copy writer, but the call of the entertainment industry proved too strong and she put on hold her intellectual ambitions and opted to work in front of the camera.

She initially wanted to be a copywriter and run her own ad agency, but she started with theatre, working for a short time with B. Jayasri’s Spandana theatre camp and also contemporary English theatre with preetam koilpillai, and never looked back. Her first movie Bimba was sent to the prestigious Berlin & Frankfurt Film Festival, winning international awards.

Daisy Bopanna made her cinematic debut in a de-glamourised role in the Kannada film Bimba (The image), a film directed by Kavitha Lankesh, which explored the exploitation of child artistes in the film industry. But her later work in a movie Bhagavan with Darshan earned her the tag of "spicy Daisy".

She starred in more than 150 ads (regional) before being cast in the Priyadarshan movie Garam Masala. She has also starred in several Tamil and Telugu films, opposite leading stars like Kamal Haasan, Ravi Teja, Ganesh, etc. Her first ad film was with veteran add film-maker Rajiv Menon.