When Sandalwood producer Muniratna announced Kurukshetra, Kannadiga fans looked forward to watching Darshan and Ambareesh together on the big screen. However, only after its release, we realised that every character has made the movie watch worthy. The 3D mythological film hit theatres last Friday and continues to perform exceptionally well through every day of the week.

The Telugu version of Kurushetra has also struck the right chord with its target audience. Here is its complete day 5 box office collection report.

Kurukshetra's performance in the theatres has left everyone dumbstruck, following all the criticism its teasers garnered. Darshan's 50th film continues to do well on day 5 too. According to the latest box office reports, the movie is expected to have collected anywhere between Rs 5 and 6 crore on the first Monday.

Telugu Version Is A Hit Too

Though the makers had planned on releasing Kurukshetra in all languages at once, they held back due to competition from other language films. However, the Telugu audience seems to have found this epic film highly entertaining, as it collected around Rs 1.17 crore over the weekend.

WOM Does The Magic

Kurukshetra has been one of the most-discussed topics in the last few days. The film is trending on all social media platforms. The word of mouth for this film has been great. Since, the reviews are also in favour of the film, it's hard to resist oneself from watching it.

If Kurukshetra continues to run well in the theatres, it has all the chances of entering the Rs 100 crore club. The producers are already joyous from its pre-release business.

It is yet to be released in Hindi, Malayalam and Tamil, from which too, it is expected to make huge profits! 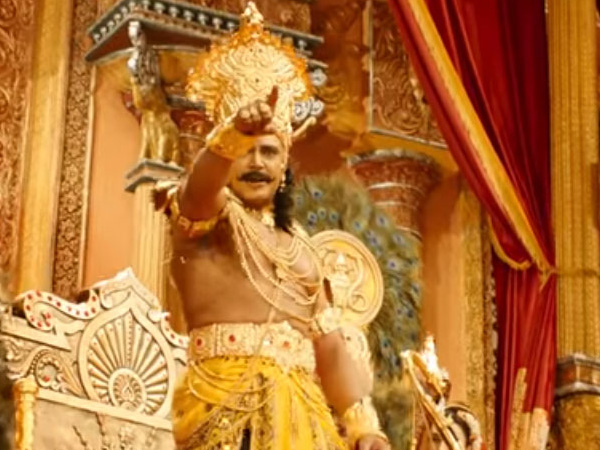