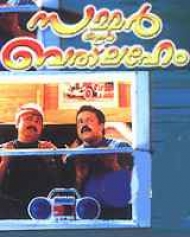 Drama
Release Date : 1998
Cast : Suresh Gopi, Jayaram
Director : Sibi Malayil
Synopsis
Summer in Bethlahem movie tells the story is all set in a hill station (Ooty) where a rich man comes with his five grand daughters for vacation. The fifth girl Abhirami(Manju Warrier) who is very smart, and she is the favourite of the grandfather. But she has some secret, which nobody knows. The girls meet two guys, one of them their own cousin who are their neighbours and they all play pranks on them.

One of them Dennis (Suresh Gopi) falls in love with Aami, but she tells him that she loves Niranjan (Mohanlal) who is in jail and she will only marry him. This forms the climax of the movie.