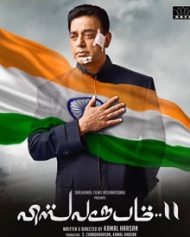 Vishwaroopam 2  aka Viswaroopam 2 is an Indian spy thriller movie written, directed and co-produced by Kamal Haasan. It is sequel to the movie Vishwaroopam / Vishwaroop and stars Kamal Haasan, Rahul Bose, Pooja Kumar and Andrea Jeremiah in the lead roles. The Tamil version is being dubbed in Telugu in the same title
Story
Vishwaroopam 2 begins from where the first part ended in 2013. After failing to execute the deadliest terror attack in the city of New York, Omar (Rahul Bose) and Salim (Jaideep Ahlawat) have one more dangerous plan up their sleeves. Meanwhile, soldier-turned-spy Major Wisam Ahmad Kashmiri (Kamal Haasan), his nuclear-oncologist wife Nirupama (Pooja Kumar), his working partner Ashmita Sunbramanium (Andrea Jerremiah) and Colonel Jagannath (Shekhar Kapoor) team up to thwart Omar and Salim's revenge game.
While the first half of the film revolves around Wisam and his team discovering a terrorist plot to destroy UK, involving a sunken ship. What happens next? Is rest of the story to be watched on big screen.