In an unfortunate development, veteran filmmaker and actor J Mahendran passed away this morning (April 2, 2019) due to age-related issues. The 79-year-old was admitted to a noted hospital a few days ago in a critical condition. His son John Mahendran shared the sad news with fans and this left countless movie buffs heartbroken. J Mahendran, best known for directing popular movies such as Johnny and Mullum Malarum, was instrumental in helping Rajinikanth evolve as a performer.

As soon as the news of his death went viral, celebs and fans alike took to Twitter and offered his condolences to his family.

Rest in peace Mahendran sir. We are so grateful for all that you have taught us

It is deeply saddening to hear the demise of one of the pioneer filmmaker #Mahendran sir. You and your films live forever in our hearts sir. Rest in peace.

Deeply saddened to hear about the demise of legendary director #Mahendran sir!A big loss to the Tamil film industry.RIP sir🙏🏻

He spoke less and his films spoke more.To me his films were of great inspiration

May his soul rest on peace.

I'm deeply saddened and disturbed by the demise of our veteran director #Mahendran Sir. A very humane personality and one of the finest director of our times. #RIPMahendran.

Interestingly, after finding success as a director, J Mahendran made his acting debut with the Vijay starrer Theri which became a big hit. Thereafter, he acted in Nimir and impressed with his performance again. Earlier this year, he was seen essaying a key role in the Pongal hit Petta. Thereafter, he was seen in Boomerang which marked his last appearance on the big screen.

We offer our condolences to his family members and hope that they stay strong in this difficult time. 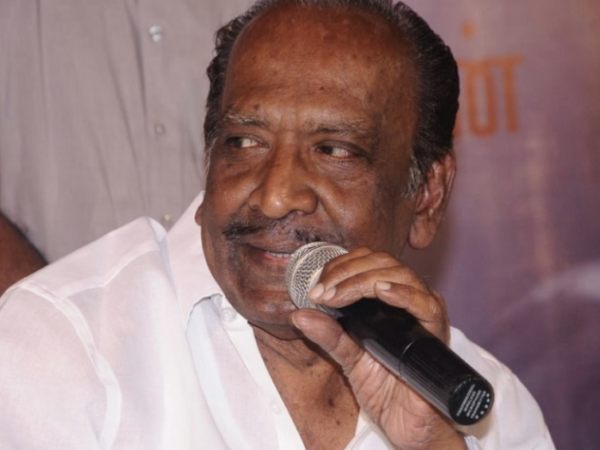 Popular Tamil Filmmaker J Mahendran, The Director Of Films Like Mullum Malarum & Johny, Is No More!