Being a sequel to a film which has fetched applauses and praises for its raw and realistic content, Uriyadi 2 is expected to have the same brilliance. When Vijay Kumar announced that Uriyadi 2 is on its way, the Tamil movie audiences were excited about the prospect. Has Uriyadi 2 lived up to the hype and expectations? Read Uriyadi 2 review here to know more about this.

Uriyadi 2's plot revolves around a youngster and his team hailing from a village. They vouche for the justice of the people out there who get affected by a chemical plant in their area.

Uriyadi 2's core plot has the founsation of a social amgle and it speaks for the justice of the common man. Much like its prequel, Uriyadi 2 begins its journey with lighter moments introducing the characters. Even romance does come to the fray but the script has been carefully dealt with in such a way that such light sequences don't affect the proceedings or the pace of the film.

The writing is very much layered and it helps in the flow of the movie. The dialogues are hard-hitting and top notch and they raise a lot of questions. The characters have been carefully etched and they have given a very realistic grounds. They don't tend to become the super heroes which is really freshning. However, unlike its prequel, the screenplay of Uriyadi 2 does go on a preachy mode at times.

Uriyadi 2 is intense like its prequel but devoid of violence or the gritty scenes. Vijay Kumar, this time, has packaged the film in a way that it emotionally moves you. The execution of the pre-interval sequences prove how good a craftsman he is. It is not easy to execute such subjects with conviction but Vijay Kumar wins the match yet again. However, towards the end of the second half, there are some sequences, which couldn't stay in line with the huge mark that the film had created till that point of time. The preachy mode does take away some of the impact but still Vijay Kumar doesn't take away the steam of the product.

Vijay Kumar plays the lead role of Lenin Vijay and he portrays the character with the deserved intensity and fire. The way in which he has delivered the dialogues are top notch. The supporting cast comprising Sudhakar, Vismaya and others have also done a neat job.

Govind Vasanath xxxxxx a fabulous job especially with the BGM works, which elevate the emotional intensity of many sequences. Praveen Kumar N has set some fine frames suiting the mood of the film. Editing works are also good, especially in the first half of the movie.

Uriyadi 2 has won high points in becoming a film that speaks for the society. It is hard hitting and intense. 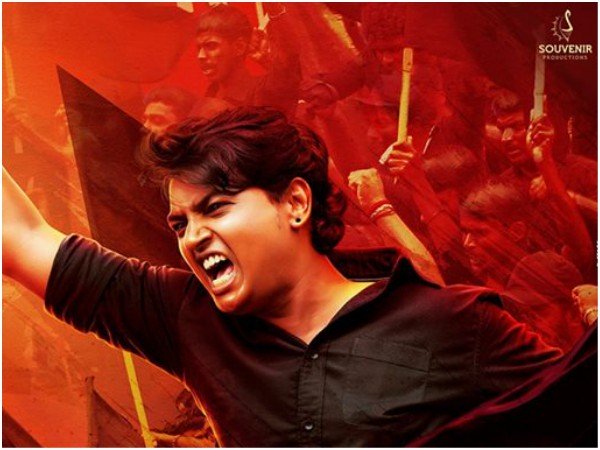 ALSO READ: Uriyadi 2 Twitter Review: Here's What The Audiences Feel About The Film!