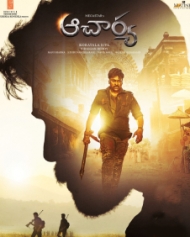 Acharya is an action drama movie directed by Koratala Siva. The movie casts Chiranjeevi, Kajal Aggarwal, Ram Charan, and Pooja Hegde are in the lead roles along with Sonu Sood, Jisshu Sengupta, Saurav Lokesh, Kishore, Tanikella Bharani, Ajay, Regina Cassandra, and many others are seen in supporting roles. The music was composed by Mani Sharma while the cinematography was done by Tirru and it is edited by Naveen Nooli. The film is produced by Ram Charan and Niranjan Reddy under the Konidela Production Company and Matinee Entertainment banners.

Acharya (Chiranjeevi) enters a shrine named Dharmasthali to put an end to the anarchy caused by Basava (Sonu Sood). Sidda (Rancharan) confronts drugs and girls' harassment inside the sanctum sanctorum. Despite this, Sidda may have to work with the Naxalites in the event of unforeseen circumstances. Sidda requests Acharya to put an end to the injustices going on in the temple city where he grew up.

Why is Dharmasthali a unique temple town? What is the affiliation of Siddha with Dharmasthala? If the temple is in the city, then what is Sidda's relationship with the Naxalite Acharya in the forest? Why does Siddha seek the help of Acharya? What is the relationship between Sidda and Nilambari (Pooja Hegde)? How Acharya put an end to the chaos in Dharmasthala caused by Basava. The story of Acharya's film is the answer to the question of what kind of lesson Acharya taught Basava.