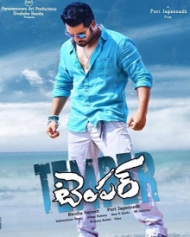 Temper is an action entertainer movie written by Vakkantham Vamsi and directed by Puri Jagannadh in which, Jr NTR and Kajal Aggarwal are playing the main lead roles along with Prakash Raj in negative role.

Kajal is seen as an animal lover in the movie. Love brews between NTR and Kajal and it leads to a confusing state in NTR's life. He changes for good in the followed scenes and what made him change? has to be experienced in the theaters. The main plot of the story is laced around a gang rape and it is slightly on the lines of NTR's previous hit film, Rakhi. The rest of the story is about how he manages to do justice to the rape victim.

Temper was officially launched at Hyderabad on 1 August 2014. Principal photography commenced on the next day and was completed by 22 January 2015, with the film being primarily shot in and around Hyderabad and Goa.